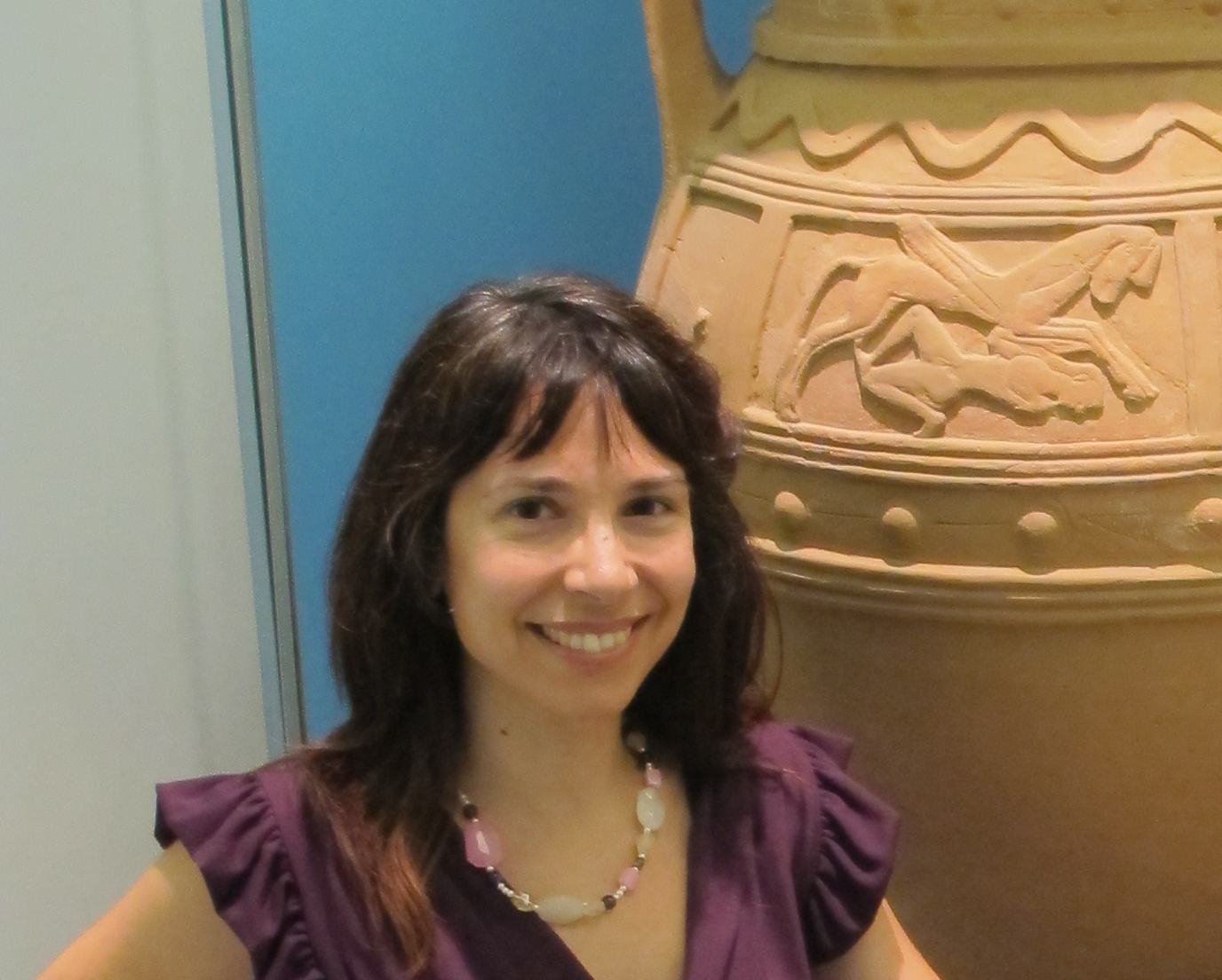 (PhD Univ. of Athens)
Head of the Department of Prehistoric & Minoan Antiquities at the Heraklion Archaeological Museum

Dr. Georgia Flouda (PhD Univ. of Athens) currently serves as the Head of the Department of Prehistoric & Minoan Antiquities at the Heraklion Archaeological Museum. She specialises in Aegean prehistory and classical archaeology with a special focus on Aegean scripts and administration. Her interests centre upon the cognitive aspects of the Aegean writing systems, theoretical approaches to funerary practice, museum exhibits design, and World War II archaeology. From 2008–2014 she has been involved in designing and implementing the redisplay of the Minoan Collections of the Heraklion Archaeological Museum. She has also conducted postdoctoral research at Princeton University, through a Stanley J. Seeger Visiting Research Fellowship in Hellenic Studies (Seeger Center, 2011). In the fall of 2014, she was a resident Fellow at Harvard University’s Center for Hellenic Studies/Washington, DC, with a research project focused on the materialization of burial ideology in the Minoan community of Apesokari in Crete. Georgia has co-edited the open-access proceedings entitled “Archaeology and Heinrich Schliemann a century after his death. Assessments and prospects: Myth – History – Science (2012)” with G. Korres and N. Karadimas.

2. Flouda, G. 2017. “Archaeology in the war zone: August Schörgendorfer and the Kunstschutz on Crete during World War II”, Annual of the British School at Athens 2017 issue, 1-37.

5. Flouda, G. 2015b. “The invention of writing and sealing”. In: Mandalaki, S. and Rethemiotakis, G. (eds.), Minoan World. Journey to the origins of Europe, Heraklion: Heraklion Archaeological Museum, pp. 63-93.

7. Flouda, G. 2011. “Reassessing the Apesokari A tholos funerary record: preliminary thoughts”. Rivista di Archeologia (RdA), nr. XXXV, Proceedings of ‘A Minoan Seminar. The Mesara Tholos-Tombs from the Protopalatial Phase through the Mycenaean Period: New foundations and re-use of the past’, pp. 111-121.

Data License. The 2D+ and 3D-models of artifacts presented in the database of paitoproject are for scientific, non-profit use of scientists. All 2D+ and 3D-models are subject to copyright laws with all rights reserved.
Reproduction, publication or commercial use of these 2D+3D-datasets is strictly prohibited without prior written permission. For further information, contact: Prof Alessandro Greco a.greco@uniroma1.it